Østensjø Rederi AS has chartered the “Sun Enabler” (ex. Seabed Prince) on a bareboat contract for 5 months firm with further available options. The vessel will be used as a frontrunner until newbuild “Edda Passat” delivers.

The 5 years firm contract awarded by DONG Energy in October 2015 commences August 2017 and until delivery of our newbuild SOV vessel “Edda Passat” the “Sun Enabler” will act as a frontrunner. The vessel will operate as a mother ship for wind turbine technicians as they perform maintenance work on Race Bank Offshore Windfarm in the United Kingdom. 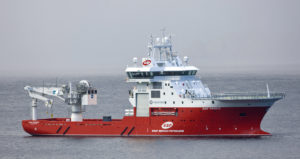