Accompanied by tug boat Vivax, the Viking Sky cruise ship was being escorted into the port of Molde on Sunday afternoon, more than a day after issuing a mayday call.

The Viking Sky was carrying over 1300 passengers and crew when it had engine trouble during a storm off the western coast of Norway on the afternoon of Saturday the 23rd of March. Vivax was the first tug boat on site.

First tug at the scene

Vivax was in port at Nautneset following a tanker call at the gas terminal at Nyhamna and quickly started up her engines and made her way to the cruise ship. One and a half hours later, they were at the cruise ships side in Hustadvika.

Vivax, with a crew of four, attempted to connect to the cruise ship without any luck due to the extreme weather conditions. The cruise ship had its anchor out, and one engine running when agreeing with the master pilot to stand down and just stay in the area as a safety until the weather calmed. 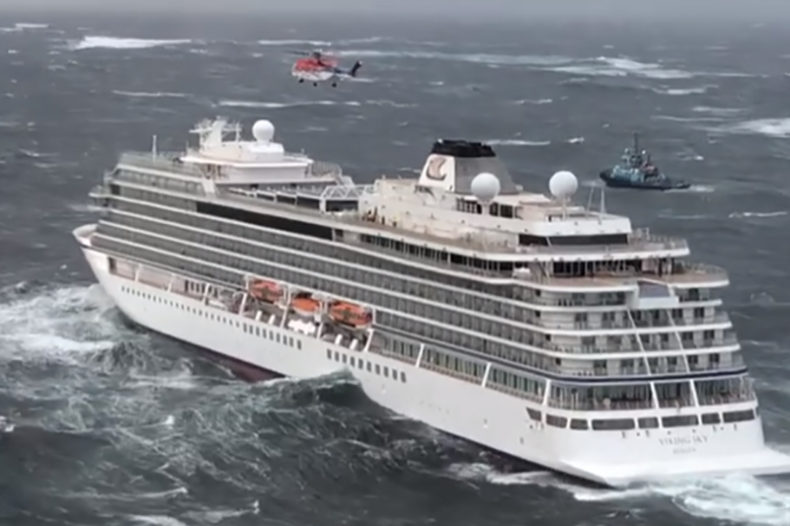 They stayed all night. Sunday morning, the weather had calmed, and Vivax was able to connect to the vessel’s stern. Eventually, the cruise ship managed to start all engines and Vivax, along with the emergency response vessel Ocean Response, started on the voyage with towards Molde. 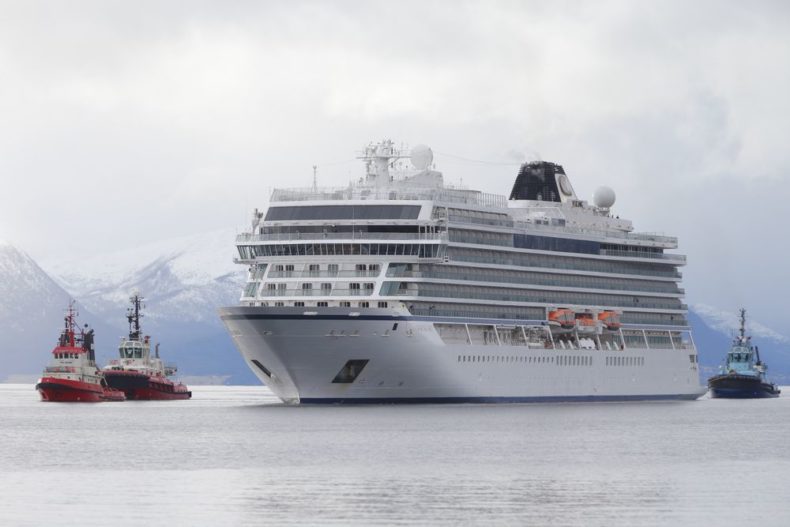 -We are proud to have been a vital part of the rescue operation. Our crew and vessel performed excellently. We are glad no lives were lost in the incident, Sveinung Zahl, Fleet Manager Towage says.

Due to the nature of the incident, the story has gotten a lot of attention, especially in social media. Even Norwegian Prime Minister Erna Solberg thanked rescue workers and volunteers for responding to what she called “a dramatic day”.

“It has been a dramatic day for passengers and rescue crews on #VikingSky the I #Hustadvika. Thanks to skilled rescuers, volunteers and others who have made an invaluable effort in demanding conditions”, she tweeted on Sunday.

It is a special sight, with the little blue tug boat in the frigid waters next to the enormous cruise ship. But, we have an experienced crew and well-equipped vessels – they are made for conditions like this. However, we never compromise on safety, says Zahl.