Østensjø Rederi AS has been awarded a long-term contract with Statoil Petroleum at Sture terminal for the use of the tugs; Tenax, Ajax and Velox including two newbuild mooring vessels; Rex and Fox.

The new contract commences in December 2016 in direct continuation with the current contract. Østensjø Rederi has delivered tug services at Sture Terminal for Statoil since 1988. Statoil, has in addition to the 8 years firm, 7 yearly options. 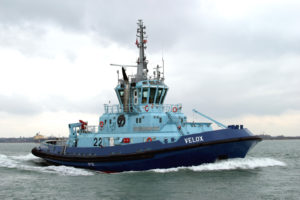