Østensjø Rederi’s NB443, currently under construction at Astilleros Gondan, Spain was named on Saturday 25th April in Ribadeo, Spain. The Platform Supply Vessel was given the name Edda Frende by the Lady Sponsor Mrs Hilde Svendsen.

Hilde Svendsen is Chartering Manager of Østensjø Rederi AS. The vessel will be completed and delivered during the second quarter of 2009. The Edda Frende is sister vessel of Edda Fram fitted with Voith Schneider propulsion and with 8 integrated Drill Cutting / special purpose tanks which can be utilized for a variety of different cargoes.

Edda Frende has been fixed to Shell UK Limited for a period of 5 years where she will carry out general supply duties. Edda Frigg commenced the contract early January 2009 as Edda Frende’s frontrunner. 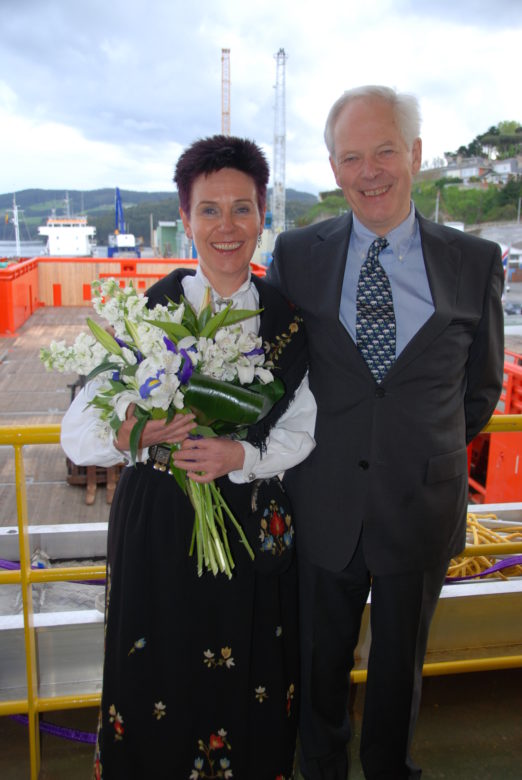