Johannes Østensjø has been honoured for his contributions to the offshore shipping industry.
At the annual Offshore Support Journal Gala Dinner in London 8th February, he received the prestigious Lifetime Achievement Award.
The award was not simply based on being the founder and long-time CEO of Østensjø Rederi. Foremost of the criteria was Mr. Østensjø’s commitment to constantly being at the forefront of innovation in our industry. Throughout the years, he has been first to introduce a number of features, e.g. dynamic positioning on supply vessels, that have since become industry standard or best practice. Other innovations pioneered by Mr. Østensjø include, but are in no way limited to, building the world’s first purpose-built monohull accommodation vessel, as well as the world’s largest escort-tug. Lately Mr. Østensjø’s company has established itself in the burgeoning offshore wind market.
General consensus among the crowd of industry leaders gathered in London, was that the award was thoroughly deserved.
Congratulations, and keep the innovations coming! 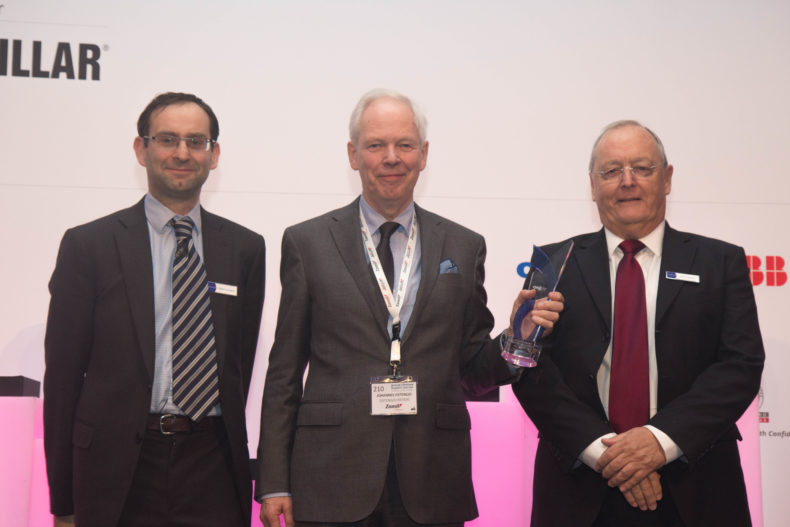