Or cava, as it was when Edda Ferd was named by lady sponsor Fatima Calavera 7th September.

On a lovely day in Northern Spain, Edda Ferd was officially named by Fatima Calavera, the wife of Luis Cotarelo, CFO of the building yard, Astilleros Gondan. Representatives from several parties engaged in the building process were present for the naming ceremony and the celebrations afterward. An enjoyable day for those present and a great way to celebrate the building of a truly unique ship. 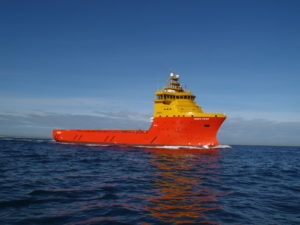 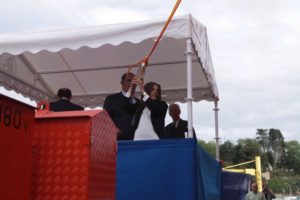